Maths are a very good way to reach certain facts. But can maths be good enough to reach certain suppositions? What is the difference between guessing and predicting? For centuries mathematicians have created trustworthy models of prevision using maths.

So we can't read the future but we can make a reasonable forecast, while maintaining the thrill of risk. The models are so trustworthy that we use them in politics, in games, in economics. Even when politics, games and economics teach us that predictions can be completely wrong.
Monday, October 26th 2009 -10.00 A.M.

DISCOVERING THE NATURE OF SPACETIME
The longstanding human research for the fabric of reality
Stefano Liberati, researcher at the International School for Advanced Studies of Trieste (SISSA)

What is the nature of space and time? What is the origin of inertia? Most of all, what happens to Spacetime if one goes beyond Einstein's theory of gravity?
These are some of the issues that will be discussed in this public seminar, which will guide us along a path starting with the ideas of the ancient Greek philosophers and ending with the wildest speculations of contemporary research.

Biochar, charcoal created by pyrolysis of biomass, is being researched comprehensively, but the stability of biochar application in soil, the interaction among microbes and biochar and/or crop residues addition in soil are not yet well understood. Evidence has shown that biochar moieties are degraded within decadal to centennial timescales under laboratory conditions; generally, the mean residence times of biochar in the environment have been assumed to exceed 1000 years in soils and waters. We’ll discuss the results of a lab experiment based on the aims to determine (a) the stability of added biochar in soil, (b) the decomposition of crop residues as affected by biochar addition, (c) effects on microbiological size and (d) activity and the effect on dissolved organic N. 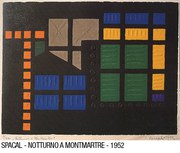